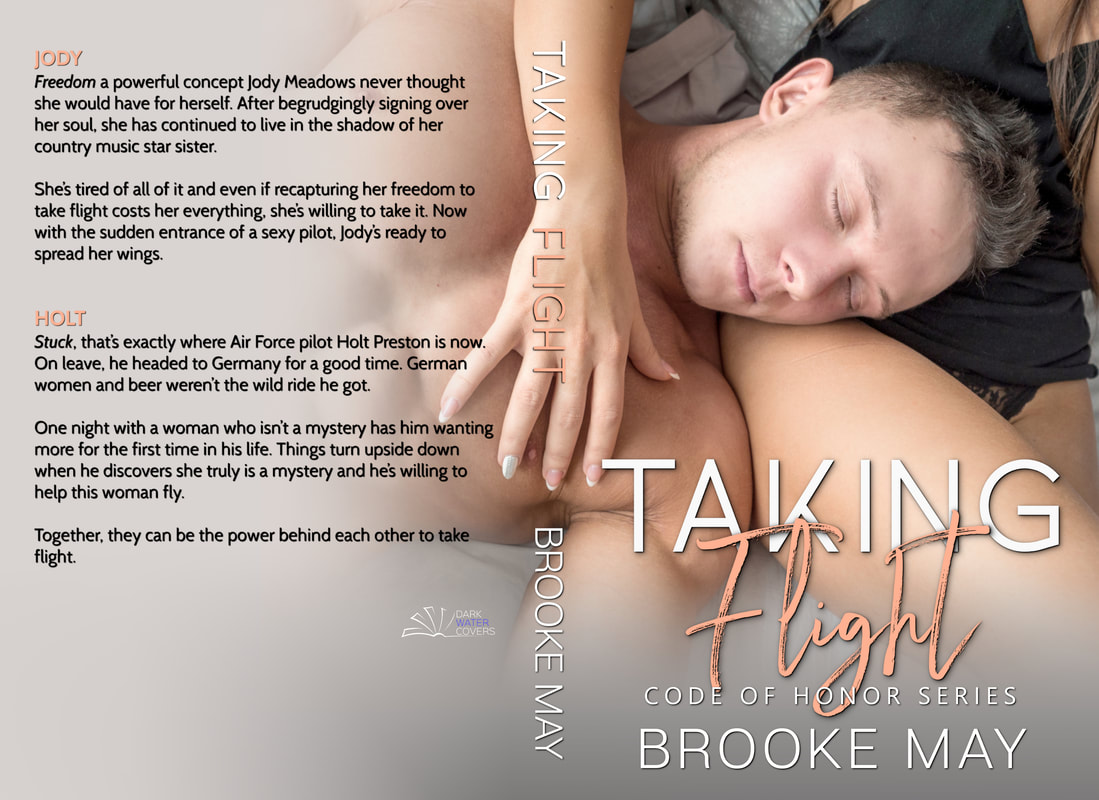 Jody
Freedom a powerful concept Jody Meadows never thought she would have for herself. After begrudgingly signing over her soul, she has continued to live in the shadow of her country music star sister.
She’s tired of all of it and even if recapturing her freedom to take flight costs her everything, she’s willing to take it. Now with the sudden entrance of a sexy pilot, Jody’s ready to spread her wings.
Holt
Stuck, that’s exactly where Air Force pilot Holt Preston is now. On leave, he headed to Germany for a good time. German women and beer weren’t the wild ride he got.
One night with a woman who isn’t a mystery has him wanting more for the first time in his life. Things turn upside down when he discovers she truly is a mystery and he’s willing to help this woman fly.
Together, they can be the power behind each other to take flight.
Amazon
Goodreads
Proudly powered by Weebly